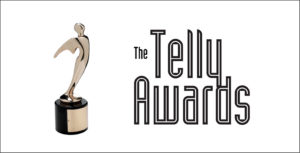 The team intro for the Mississippi State University football team won in the “Non-Broadcast Productions – Sports” category. It was selected from a large group of submitted work from across the United States and around the world. A panel of more than 40 industry professionals judged the national competition.

“We are thrilled to receive these awards this year,” said Robbie Coblentz, president and executive producer at Broadcast Media Group. “It’s really exciting that both of these national awards are for projects we did for clients in Starkville.”

“We congratulate BMG on capturing a Telly Award for our 2013 football intro video. The video encompasses what it means to be a Bulldog,” Wetherbee said.

“On behalf of the Oktibbeha County Board of Supervisors, we are humbled & honored to receive this award,” said Austin Check, director of recruitment, retention and training for the Oktibbeha County Fire Department. “Our recruitment efforts would be minuscule compared to the actual results we have witnessed, if not for the production work of BMG.”

A complete list of Telly Winners for the 35th annual competition is available at www.tellyawards.com.